The Emergence, Life, and Demise of Autocratic Regimes (ELDAR)

ELDAR will investigate three aspects of autocratic politics: the emergence of autocratic regimes; policy-making (life) in autocracies in the areas of education, infrastructure, pensions and media regulation; autocratic regime breakdown. ELDAR offers a comprehensive perspective, highlighting the interconnections between these three aspects – for example, the particular policies chosen may mitigate or exacerbate specific risks to the regime – and studying them jointly in one framework. ELDAR will address the preferences and capacities of vital actors in autocratic politics – the leader, regime support groups, and mobilized opposition groups. Special attention will be directed towards identifying and linking the different actors entering support and opposition coalitions to constituent social groups (e.g., industrial workers and landowners). Team members will also study the specific, and diverse, institutions that underpin autocracies, such as characteristics of regime parties or legislative elections. In extension, ELDAR will explicitly model – theoretically and empirically – how support- and opposition groups and institutions interact in affecting regime change and policy making in autocracies.

Examples of more specific questions include: Are autocracies less willing to use the education system for ideological indoctrination if the regime tightly controls the media environment? Are autocracies less likely to break down if they provide generous special pensions to military officers? To investigate such questions empirically, ELDAR will collect data, with global coverage and long time-series, on the numbers, social identity and other features of groups that support and oppose regimes. These efforts yield unprecedented opportunities for large-n studies of autocratic emergence and demise. Three other datasets, on education systems, buildings, and pensions, will also enable pioneering empirical studies on core policy areas in autocracies. 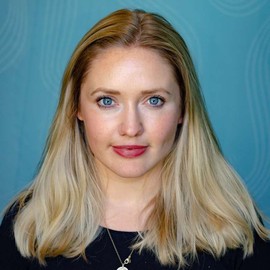 I am a Senior Researcher at the Peace Research Institute Oslo (PRIO). Prior to this, I was a Postdoctoral Fellow at the Belfer Center, Harvard Kennedy School and a Postdoctoral Fellow at the Varieties of Democracy Institute (V-Dem). I have also been a research fellow associated with the project Disentangling the Economic Effects of Political Institutions (DEEPI) at the University of Oslo.